Tests continued on Sunday. Again, everything we did was focused on that first weekend's shoot - I'm trying not to think any further than that at the moment!


There's two death scenes in the first weekend. We covered the first one yesterday. The other unlucky character dies by being ripped in half.


It's a fairly simple one compared to the straw death but a lot more awkward due to the fact that we can't reset this easily if it doesn't work.


Anyway, very simply, I bought a mannequin off eBay (pretty much where everything for this film has come from). I paid £40 for it and it's fairly good apart from the fact that it has no head and two right hands. It separates at the waist so was perfect for us - it already comes apart so we just need to dress it right. 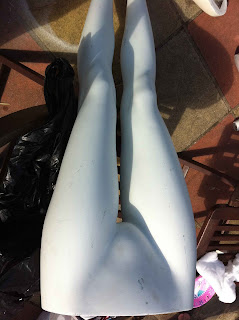 You can see both halves in this picture (wasn't intentional), all we needed to do was get a flesh like substance in there and then pull it apart and the effect would be done. 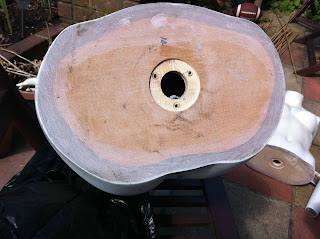 We took a load of cotton wool, dipped it in poster paint and glued it to the body with PVA glue. On the final build for the shoot, we'll dip the cotton wool in stage blood and fix that to the mannequin. But the poster paint looked okay. 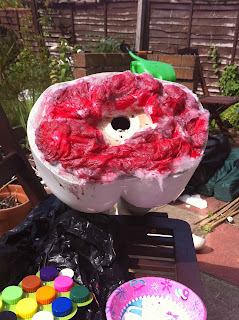 We did the same for the top half of the mannequin and then held them together as close as we could. There was a bit of a gap still that we'll need to address in doing the final build - we managed to mask it somewhat by layering liquid latex over the join. 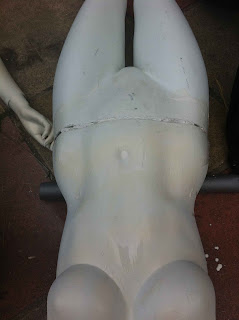 It looks a bit messy but it sealed the gap. It is still noticeable but again, for a test that's purpose is to see if the effect is physically possible, it works. And also, this mannequin will obviously be clothed which will help in masking any imperfections. 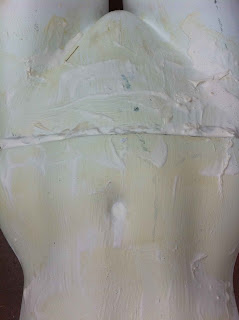 We didn't paint this one either which again, doesn't help as far as realism goes but again, fine for the test.
Video of the test is up on YouTube - www.youtube.com/user/scAIRcrows
Then we took what's becoming our signature scAIRcrow down to where we're shooting. This one is called Nuffara. We took him down for pictures and also the opportunity to test their ability to fly. Video of the flights is also on YouTube.
What amazed me was that after being thrown about twenty times, he was still intact. They're tough, these scAIRcrows. 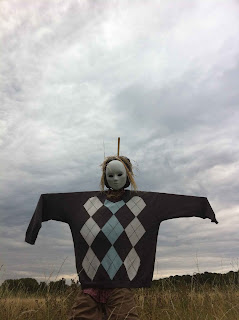 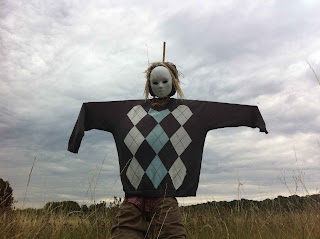 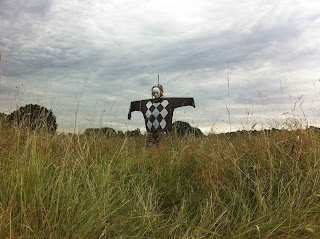 Now that we've tested this all out - it's on to the more boring aspects of the preproduction...
Posted by scAIRcrows at 18:45