I've mentioned the colour correcting thing plenty of times and showed an example of the sort of thing I was trying to work with. I spent a solid two days aligning the colour and lighting of every single shot so there's a more uniform appearance to the film. Once I'd done that, it was always my intention to then tweak the entire film to look a certain way. This may still change slightly before we press the film but this is the process flow: 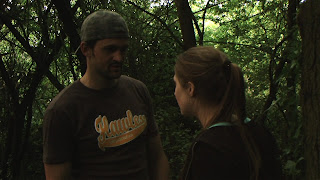 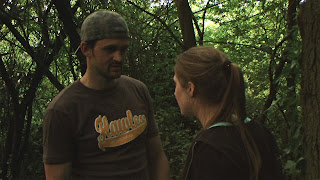 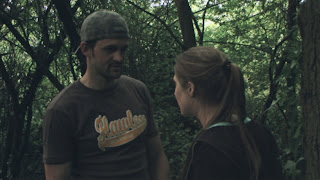 As you can see, I've taken a lot of the 'redness' out of the image and removed a lot of the colour full stop. Also added the softest of blurs to the image just to take the digital sharpness off the image. I'm really happy with how it looks on a preview monitor - on a TV it might look a bit different so as I say, it may change slightly but it gives you an idea of the direction that I'm headed with the film. It probably goes without saying that the footage from the trailer is completely untouched...